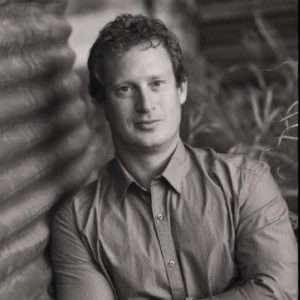 Troy was born and raised in the small but tight knit community of Valleyview, AB. His family operated a mixed farming operation with both livestock and grain. “We grew up very conservatively and for the most part lived off the land growing and raising our own food. My father also operated a small oilfield construction company with various heavy equipment.” “I am incredibly thankful for my upbringing as it has taught me respect, responsibility and a lot about the way heavy duty equipment and machines work. I am very fortunate to be able to utilize many of the skills I have learned throughout my lifetime in the businesses I am both passionate and dedicated towards.” “I appreciate the people I’ve had the opportunity to work with and for throughout the years. I look forward to the contacts and friendships I will form in the future with Low Impact.”

Debbie started working in the office for Troy in early 2005, helping with his oilfield construction business. In 2012, she began working full-time for Low Impact and took over the duties of Office Management, including accounting, safety, new orientations and anything and everything in between. “I love working at Low Impact because it is such a family orientated atmosphere with everyone working together to get the job done. There’s always something new and exciting going on. At Low Impact, the work is never boring.”

Lana joined the Low Impact team in 2012, which was the perfect fit, as she had worked for Troy and his family since 2002 in the oilfield construction business. She is in the office part-time as Debbie’s right-hand woman. “I couldn’t ask for a better place to work – we are like a big family! It’s very exciting to be a part of this innovative, loyal and hardworking team.”

Scott joined the team in 2012 just prior to the demanding seasons. In the beginning he was busy working the machines in Northern Alberta and spending hands-on time to understand the mechanics of the Hagglunds BV206.

In 2014, Scott became Low Impact’s Research and Design Manager. With over a decade in Metal Fabrication and Manufacturing, it was a natural fit. In the meantime, Scott had been advancing his career in the area of Mechanics, as a registered Red Seal Apprentice with Low Impact. He completed his Journeyman Certificate and quickly advanced to Shop Manager and now General Manager.

“I remember my first month, what a change from the nine to five job I spent the last decade in. This was new and exciting, things were happening! And wouldn’t ya’ know, today is as exciting as the first day on the job. I am so grateful to be a part of Low Impact, and look forward to the many adventures we have ahead.”